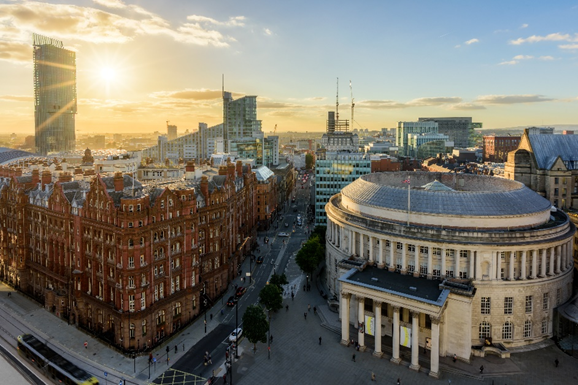 The vibrant city of Manchester will offer you an unforgettable experience. One of the first modern cities of the United Kingdom and the birthplace of the industrial revolution, Manchester is a place where a glorious past meets an even greater future.

Explore historic sights and museums and learn about the city that gave the start to mankind’s modernisation. Immerse yourself in the local culture, wonderful pubs and cuisine, and experience the unique environment of Manchester that shaped some of the biggest names in science, sports and art.

Thanks to its integrated transport network, Manchester is one of the most accessible cities in the UK for both national and international visitors.

With three terminals and over 22 million passengers each year, Manchester Airport is the global gateway to the North of England. More than 60 airlines ensure Manchester Airport is directly connected to over 200 destinations around the world, with a host of facilities and free Wi-Fi access ensuring comfortable and hassle-free travel.

Travelling by train to Manchester is quick and comfortable and the preferred method for national visitors. Journeys from London take two hours, from Edinburgh three hours, and the train from Manchester Airport takes just 14 minutes to the city centre.

Travel by coach is arranged by National Express and Mega bus, who provide services from all around the country into Chorlton Street Coach Station in the heart of the city center.

For driving, Manchester is well connected to the rest of the UK by excellent motorway links. The M60 ring road connects the city to motorways in all directions.

Getting around in Manchester is easy thanks to a fleet of buses, trams and trains available. The Metro Shuttle Bus offers a free “hop on, hop off” service, commercial bus routes run across the city, and the Metro link tram network is one of the most successful light railway systems in the country. With a city center that you can navigate within 20 minutes, Manchester is easily explored on foot, with City Hosts that can help you with directions, public transport information and details about events taking place.

You can find a lot of useful information and journey planning tools on the Transport for Greater Manchester (TfGM) official website. tfgm.com

Download a digital version of the city center map

Manchester’s free wifi networks, "_freebee" on the streets, "_busybee" in council owned buildings and "MetrolinkWiFi" on the Metrolink tram network, give you free internet access in locations across the city. You can browse the internet, access services, use social networks and search for local businesses and destinations while on the move.

"_FreebeeMcr" is the on-street network - it's free for the first 30 minutes, then £3 for the rest of the day.

"_BusybeeMcr" is the network in many of our public buildings and is free all day.

"MetrolinkWiFi" is the network on the Metrolink tram system and is free and unlimited after registration.

"_FreebeeMcr" and "_BusybeeMcr" networks also allow unlimited, free access to the below websites of: 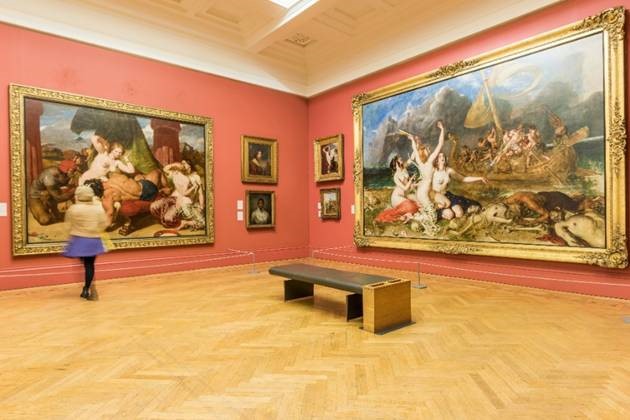 Manchester Museum is one of the UK’s top university museums, where you can explore an amazing collection of over four million pieces. Browse one of the largest collections of ancient Egyptian artefacts in Britain, visit the Vivarium responsible for important captive breeding programs for critically endangered species, or see the archaeology collection covering a time-span from the Paleolithic to the seventeenth century AD.

The Manchester Art Gallery is one of the country’s finest art collections in spectacular Victorian and contemporary surroundings. The gallery’s £35 million transformation has enabled the collection to be presented to visitors in imaginative new ways. Highlights include outstanding pre-Raphaelite paintings, craft and design, and early 20th Century British art, and an exciting program of events, tours and hands-on activities.

Manchester Cathedral is an essential visit, sporting a gorgeous interior with the best late medieval woodwork in North England. The quire and the ceiling are splendid and full of life in the carved details. Truly a gem in the middle of Manchester. 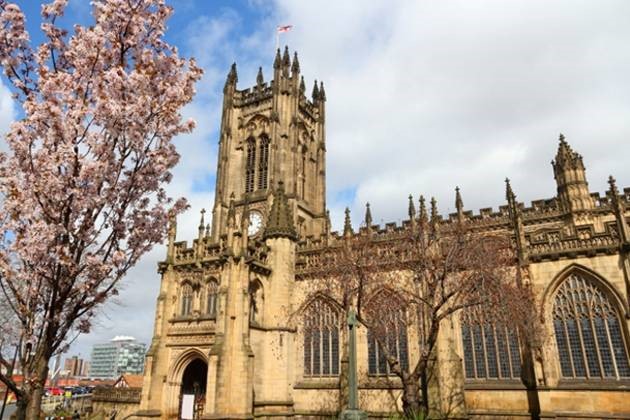 Manchester United Museum & Stadium Tour offers a behind the scenes look at the world’s most iconic stadium; Old Trafford. Come and sit in Ole’s seat in the dugout, walk through the players’ tunnel towards the hallowed turf, and find the seat of your favorite player in the dressing room. Get a feel for life in the Premier League and immerse yourself in an unrivalled story, the greatest football story ever told.

Manchester City entered the Football League in 1899 and won their first major honor with the FA Cup in 1904. It had its first major period of success in the late 1960s, winning the League, FA Cup and League Cup under the management of Joe Mercer and Malcolm Allison. In 2008, Manchester City was purchased by Abu Dhabi United Group for £210 million and received considerable financial investment.

Manchester also has a thriving food and drink culture. New restaurants, bars, gastropubs and cafes open every week, helping the city establish itself as one of the UK’s most exciting foodie destinations. From fine dining and afternoon tea, to pop-up markets and humble street food, Greater Manchester is packed with options offering any and every cuisine you can think of. Plus the city is a haven for vegan and vegetarian cuisine, and is fit to burst with a number of halal options too.

Symbolising industry, work ethic and co-operation, the humble worker bee has been a symbol of Manchester since the 1800s. Today the bee can be seen all over the city – in our city crest, street art and on lampposts and bins.

It’s been a hundred years since women were given the right to vote, thanks to the UK Suffragette Movement. It was born in Manchester, when Emmeline Pankhurst held the first meeting of the Women’s Social and Political Union at her home in 1903. Today, the house is the Pankhurst Centre, a museum that keeps the history of the Pankhurst family alive.

Manchester was the world’s first industrial city. It was classed as the cotton-making capital of the world in the 18th century and dubbed “Cottonopolis” and the “Warehouse City” during the Victorian era. This proud heritage can be seen through the city’s stunning architecture and is on display at its museums and galleries.

The first modern computer was built at the University of Manchester. Called “Baby” it was built using the technology developed for WWII communications equipment and ran the world’s first stored program in 1948. A replica can be seen at the Museum of Science & Industry.

In 1904 Frederick Royce produced the first car at his factory. He soon attracted the attention of Charles Rolls and following a meeting at The Midland Hotel, they set up the world-famous car joufacturing company.